The Ulm plant was almost completely destroyed in 1945

Largely spared until shortly before the end of World War II, the eastern part of Ulm – and thus also the plant there – became the target of an Allied bombing raid in March 1945. Around three quarters of the buildings were damaged or destroyed, production came to a complete standstill.

When British bombers launched a major attack on the city centre of Ulm in December 1944 – which the cathedral miraculously survived – the Wieland site was only affected by a few chance hits. The destruction of a recreation room, the payroll office and some social rooms affected production far less than the lack of supplies of materials and energy.

But on March 1, 1945, a cloudless early spring day, about 750 aircraft of the 8th US Air Fleet approached Eastern Ulm in broad daylight, their primary goal being the marshalling yard and thus the interruption of supply lines. Within 45 minutes they dropped 1,326 tons of incendiary and demolition bombs. 13 of them hit the factory site, destroying or damaging 72 percent of all buildings, including the pipe extrusion line and the warehouse.

A prominent contemporary witness later recalled the carpenter's workshop also being "ablaze", and the administration building presenting a rather "bleak picture". A large bomb crater gaped in front of the main entrance. The plant fire brigade was unable to control the fires for a long time because the suction hoses to the river Blau had been destroyed. Fire brigades from the vicinity of Ulm – among others from Voehringen - were unable to reach the Wieland plant for a long time due to destroyed roads. As in the past, smaller fires were therefore fought with hand pump extinguishers. Not until 12 hours after the end of the bombing, at two o'clock at night, were all flames extinguished.

Production came to an immediate and complete standstill. Surprisingly, however, not because of the immediate bomb damage, but because of a lack of electricity. The American occupation authorities stated later, even somewhat astonished: "The attack of March 1, 1945 … nevertheless had no direct influence on production, because the factory's output was already very low due to the lack of energy". In fact, due to a lack of electricity, monthly output had fallen from 230 to 90 tons between November 1944 and January 1945.

Nevertheless, when American troops marched into Ulm on April 22, 1945, the work of two generations literally lay in ruins. The private houses of the Wieland family were also in ruins. Shaken, Karl Eychmüller wrote to Philipp Wieland: "What else will we have to go through in the coming months and years"! 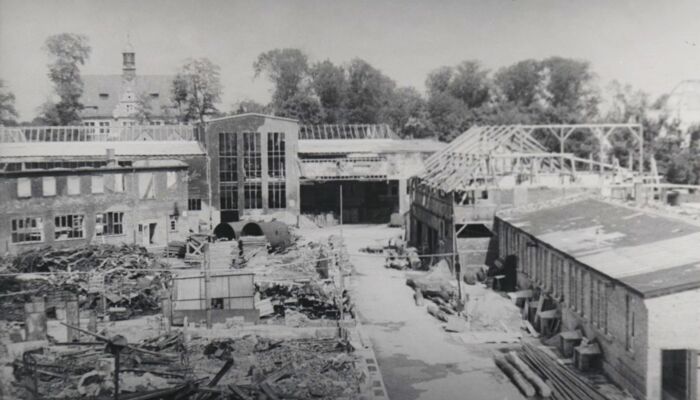 A picture of destruction: the Ulm plant after the bombing of 1 March 1945. 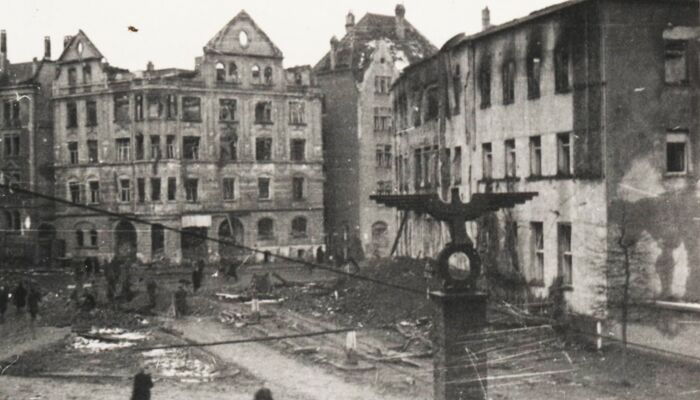 Spooky: while mountains of rubble were piling up in front of the badly damaged Wieland administration building, National Socialist symbolism still towered over the Berliner Platz. 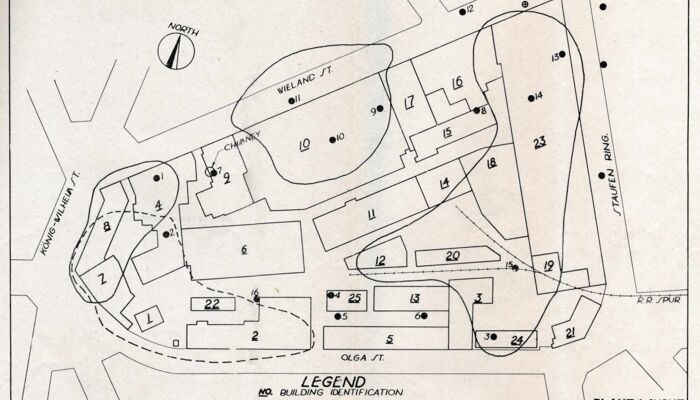 Detailed: An 18 pages long report of the "United States Strategic Bombing Survey" described the two bombings of the Ulm plant and their consequences at the beginning of 1947.