After 1945, 5 extrusion presses were forcibly dismantled

After the Second World War – as part of reparations – Wieland had to dismantle and hand over its most modern, partly brand new extrusion presses. This included Press 9, which originated in France. Over its return, lengthy negotiations would take place.

When World War II ended in May 1945, the Voehringen plant – unlike the one in Ulm – had largely been spared major war damage. Militarily pointless fighting between German and American troops in the last days of the war caused minor damage to buildings, but only the power station and the roll grinding shop were damaged to any significant extent. Only later suffered the plant a "hurtful destruction" of the production facilities – at the green table of the allied military government.

The latter ordered Wieland to hand over six extrusion presses as reparations. Among them, of course, Press 9, which had come from the French Givet in 1941 as spoils of war. The military authorities rejected the proposal to deliver the brand new Press 10 to France instead, which had not yet been put into operation. They also rejected a replacement delivery of an extrusion press from the German Delta-Metall-Gesellschaft, which belonged to Wieland. Neither the great commitment of Dr. Hans Wieland nor the letters of request from several Wieland customers to the military government could change their decision. And so the press 9 has to be dismantled in a complicated procedure and without suitable lifting gear. The resulting delays were even interpreted to Dr. Hans Wieland as high treason – a military court case against him ended in 1948 with an acquittal.

At the beginning of 1949, Press 9 was finally packed ready for dispatch and was delivered back to Givet (F). In addition, Wieland had to dismantle four more presses and hand them over as reparations. The fact that the Marshall Plan for the economic reconstruction of West Germany had long since been launched could not change the occupying powers' minds: In March 1950 no less than 44 freight cars rolled out of the Voehringen factory in the direction of Yugoslavia. On board were, of all things, the latest and most modern extrusion presses, numbers 8, 12, 13 and 14, from extrusion plant 2. All that remained there was the pipe press 5 from 1928 and the relatively weak crank press 11 from 1944. What the Allies could not dismantle, however, was the great expertise of Wieland employees in the extrusion of light metals – and the firm will to put this knowledge back into innovative, high-quality extrusion products as quickly as possible. 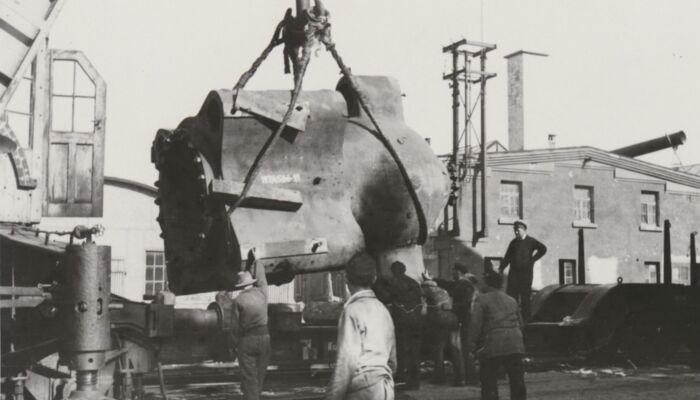 Even press 14, which was only completed at the end of the war, with its enormous pressing force of 50 meganewtons, had to be dismantled and handed over as reparations. 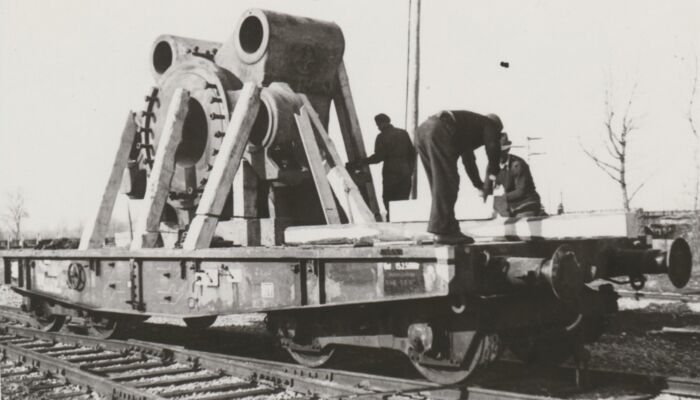 Together with three other presses, Press 14 was transported by rail to Yugoslavia in March 1950.