As a "war important" company, Wieland employed numerous foreign workers between 1940 and 1945. Although the company management endeavoured to treat them decently, it also came up against limits. Wieland later assumed responsibility by addressing the subject and paying into a compensation fund.

Like other companies classified as "war important", Wieland was faced with a dilemma after the beginning of the Second World War: On the one hand, more and more production was needed for armaments and war. On the other hand, the company's own employees were increasingly being drafted into the military. The personnel gap was filled with women, but above all with foreign workers.

The first foreign workers were 34 French prisoners of war, who arrived in Ulm in October 1940 and were accommodated in Fort Oberer Kuhberg. Later, so-called "civilian workers" were also brought into the Reich from the countries occupied by Nazi Germany, most of them not voluntarily. After all, Western European "civilian workers" were allowed to live in private quarters and move around the city more or less freely. Nevertheless, their behavior was subject to strict regulations: Refusal to work, misconduct at work, unauthorized contact with Germans, attempted escape or theft could be severely punished.

The largest group were "Eastern workers" from the Soviet Union: From July 1942 they arrived in Ulm - mostly in very bad shape. Most of them were accommodated under catastrophic hygienic conditions in overcrowded collective camps, which had meanwhile been set up in Ulm-Söflingen, in the Örlinger Valley and on the Friedrichsau. The administration of the camps was the responsibility of the Ulm Chamber of Industry and Commerce, which was completely overstretched by this, and whose chairman was Karl Eychmüller.

He endeavoured to provide the foreigners employed by Wieland with decent living conditions according to his possibilities. He had clothes and shoes collected for them and additional food rations allocated to them, and they even received Christmas bonuses - contrary to official regulations. On the other hand, however, there were arrests by the Gestapo at the Ulm plant and committals to "work education camps". The punishments were particularly severe against the "Eastern workers", who were systematically discriminated against by the Nazi regime on racist grounds. In 1944, the Gestapo even ordered the execution of a Soviet Russian for theft.

Many foreigners suffered under the conditions, quite a few tried to flee or did not return after a home leave. On 1st September 1944, 876 foreigners (47% of the workforce) were working in Ulm, 458 (29.8%) in Vöhringen. Foreigners were also employed at the Wieland sites in Villingen and Düsseldorf.

Wieland documented the topic "Foreign workers in the Second World War" internally in 2002 and had it reappraised on the occasion of the 200th anniversary in 2020. That the company is facing up to the past and assuming responsibility is shown by the fact that Wieland very early on made a financial contribution to the compensation fund "Remembrance, Responsibility and Future" for former foreign workers initiated by the German Federal Government in 2000. 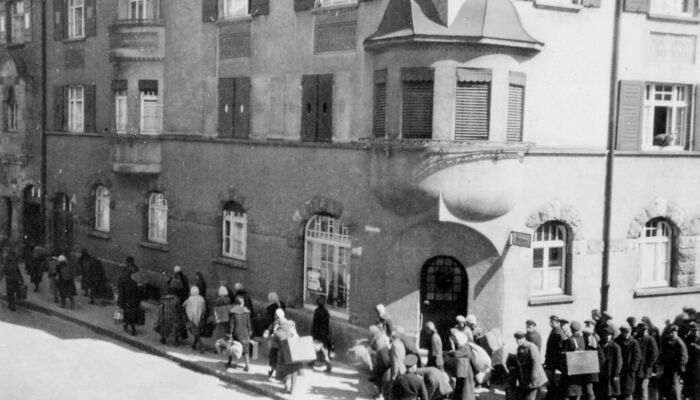 Just as here in Neu-Ulm, forced labourers arrived in Ulm by train in large collective transports. The distribution to the "war-important" companies was done by the employment agency. (Copyright: Stadtarchiv Neu-Ulm "Sammlung Welte") 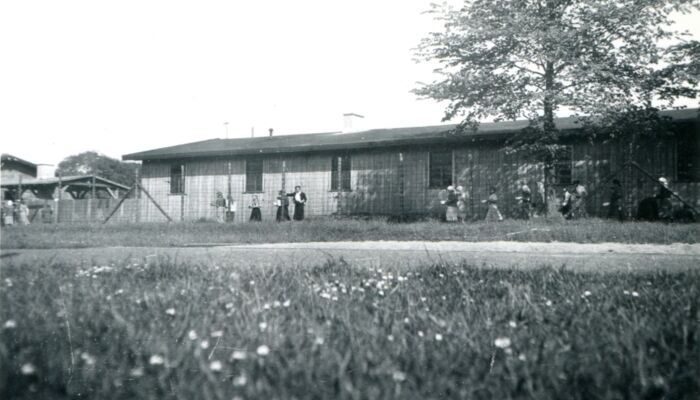 The barracks of the forced labour camp in Friedrichsau were built in 1942 and offered space for up to 1,400 people. Overcrowding and poor hygienic conditions were commonplace.
A-DZOK Ulm, A 1181 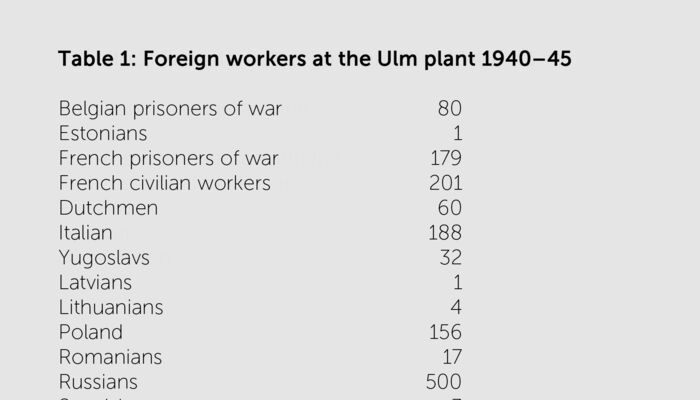 The result of an extensive internal review: Wieland employed a total of 2,161 foreign workers from 14 countries in Ulm and Vöhringen during the period 1940–1945.